The crashed ships of the Progonoi pierce the land like teeth of a dead god. The domed cities of the Katoikoi lie squat and empty among them, strewn like droplets of the land’s blood. The air is fetid and deadly, but you’ve learned to breathe it. You’ve learned other things besides. And your swollen glands thirst to know more. In the land of the dead, you eat or you die.

Kratophagia (Krah-toe-fah-gee-ah; the "g" is hard) is a post-apocalyptic science-fantasy tabletop roleplaying game of hunger, consumption, violence, oppression, body horror and radical bodily transformation for 4-6 players (including an MC). You play hungry scavenging creatures called kratophagoi living on a ruined planet devastated by a galactic war. Kratophagoi subsist in a violent hierarchy of oppression, feeding on the viscera of living creatures, including other kratophagoi. They are nominally humanoid, although as they eat viscera, they twist and mutate into a wide variety of other forms. (You can read more about those themes and how I frame them in the first devlog and in the screenshots, which contain most of the game's first chapter.)

Kratophagia is in a kind of early access and will be released in stages: the first stage is Larval Form (42pp.; US$10). The rules are complete and playable for single session one-shots or for short campaigns of 4-12 hours. Files will be updated as I work on the game, incorporate your feedback, and develop the next stage, Pupal Form.

The currently available files will be for Larva Stage Playtest Edition 1.0.1

This game is a work in progress. It has not been externally edited. It has not been read by a sensitivity reader. My intention is that these tasks will be attended to as the game approaches its final form.

In order to download this game you must purchase it at or above the minimum price of $10 USD. You will get access to the following files: 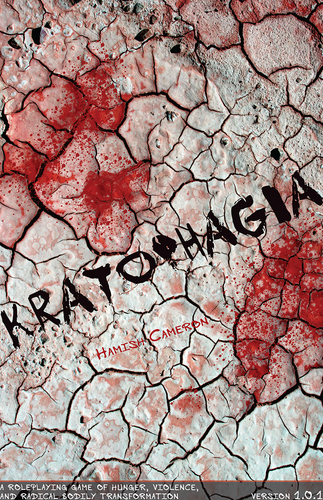 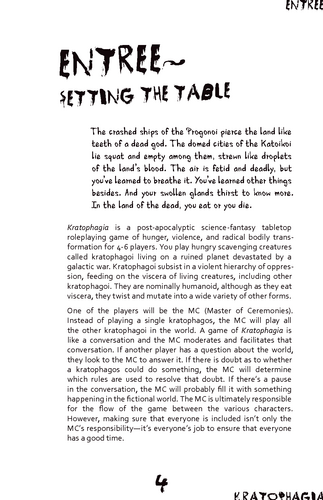 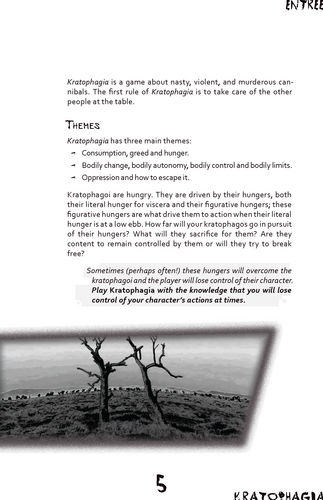 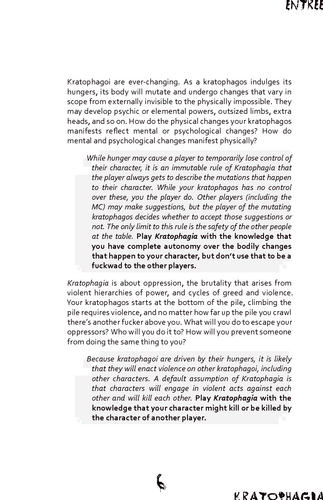 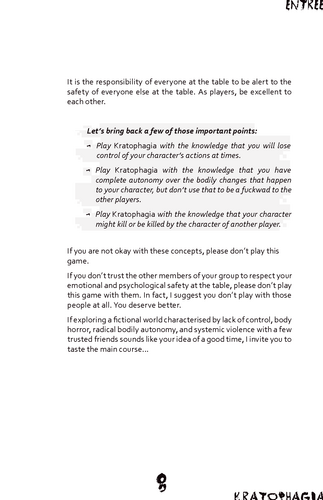